Feeding animals at home is fun. Having a pet at home is very beneficial for your child if you have children. Animals sometimes cannot fulfill their needs and we must support them. Some people like cats and others like dogs. Fish lovers generally prefer to feed goldfish.

Different species have been bred except the classical type known over time. The most known of these are shubunkin, comet, telescope, ranchu, ryukin, fantail, vailtail, black moor, oranda, pearlscale, bubbleeye, celestial and lionhead. Although the Shubunkin and comet species resemble ordinary goldfish we know, the appearance of the remaining species is quite different. Fancy Goldfish species like bubble eye, telescope, black moor and celestial are very sensitive because of their gentle eyes.

It draws attention with its patterned body. Orange, yellow, red, brown, black, gray, white, purple or blue spots on the body; There are smaller black dots. When fully grown, it can reach 45 centimeters. Average life is 10-15 years. Like other delicate bodied goldfish, it is durable and floats fast. Can be fed in the ornamental pool. Suitable for beginner fish lovers

Like ordinary goldfish, it has a delicate body and alive fins. The most significant difference is that the tail fin is too long. In fact, his tail may be the same size as his body. It can have different colors. It reaches up to 10 centimeters in length and can live for 15 years. Suitable for beginners. It is durable enough to live in the ornamental pool.

His eyes are not strong due to his eyes resembling telescope lenses. The body is similar to vailtail goldfish. Although not strong, gauze is not as delicate as tails. It can be in many different colors. He cannot enter the bait race with fast floating fish due to his weak vision. Therefore, it should not be fed with comet and shubunkin. It reaches a maximum of 20 centimeters of paint. Average life is 10-15 years.

He has a swelling on his head that resembles a hat. Curved, short and stocky body. The fins are short and do not have a dorsal fin. The tail fin is split to the side. The 3-4-part caudal fin is almost horizontal. The back is quite curved. It is not suitable for beginners as it is not easy to maintain. A maximum of 13 centimeters. Average life is 10-15 years.

The lionhead is known as the goldfish. He can’t swim very well because he doesn’t have a dorsal fin. Since it swims slowly, it should be fed with slow-swiming goldfish like itself. Covering the head except the eyes, mouth and nostrils; has a hood-shaped decoration. This cap is soft but does not tear easily. Because it is a sensitive breed, it is not suitable for feeding in ornamental pond. Not recommended for beginners. A maximum of 13 centimeters. Its life is 10-15 years. 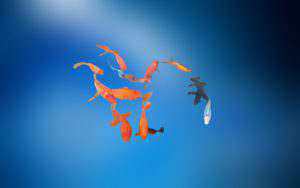 Baby face also known as goldfish. Aslanbaş is similar to goldfish. However, the hat-like cloth on his head is not as big as the lion head. His body is like a tulle-tailed goldfish. It floats slowly and is not recommended for beginners. Up to 18 centimeters in length. Average life is 10-15 years.

It is a resistant species. It can be fed together with fast-floating goldfish. But you need to make sure that you can eat enough food. After all, you can’t swim as fast as a comet or shubunkin. Its tail is split in two. It may be orange or spotted. At most 15 centimeters tall. Average life is 10-15 years.

It is one of the most noble looking goldfish. However, it is sensitive due to its long fins. It is very similar to the fan tailed goldfish. Its long fins are susceptible to fin melting disease and rupture. Not recommended for beginners. Not suitable for ornamental pool. Up to 18 centimeters in length. Average life is 10-15 years.

Also known as goldfish with black telescope eyes. It has black matt scales. It is more tolerant to cold water. However, the telescope has similar eyes with the fish. Though not as big as his, his gregarious eyes weaken his vision. They can still be fed in the ornamental pool. It reaches a maximum of 10 centimeters of paint. It has an average life of 10-15 years.

It resembles a golf ball thanks to its pearl-like scales. It is durable and can live in cold water. Short, stocky and flattened body. The back is flat and the abdomen is dent. Its tail is usually two-parted. It can be red, blue, black, dark brown or mottled. It reaches a maximum of 10 centimeters of paint. Careful care can survive 10-15 years.

One of the most sensitive goldfish species. It has gentle pouches full of liquid under the eyes. So his opinion is very weak. Since the swimming is very weak, a strong filter should not be kept in the aquarium. Spends most of the time at the bottom of the aquarium. Therefore, it is useful not to use pebbles. Sharp stones or aquarium decors can easily rupture the eye bag. . Average life is 10-15 years. Up to 13 centimeters in length. It should only be fed by experienced aquarists.

The view is always poor because of the eyes facing upwards. Since it has no dorsal fin, it floats slowly. Tilt your body while swimming to see the way. At most 13 centimeters tall. Average life is 10-15 years. It should only be fed by experienced aquarists.

 5 İnformation about goldfish
How do you take care of goldfish in a tank?  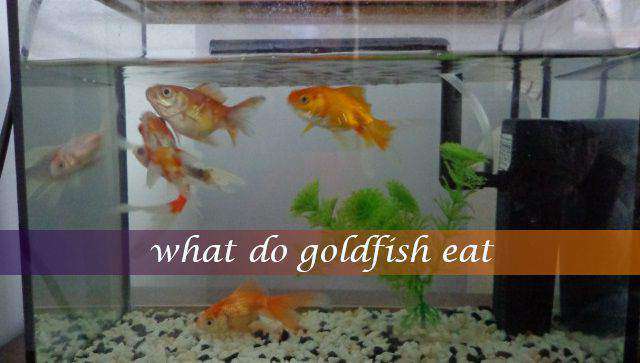 What do  goldfish eat ? Goldfish have very healthy appetites and will eat almost anything — and don’t know when to stop eating! It is recommended that you feed your...

How big can a goldfish get?

Feeding goldfish is a lot of fun. The reason of the big aquariums that we see especially in the workplaces is the peace of watching fish. Baby aquarium fish are... 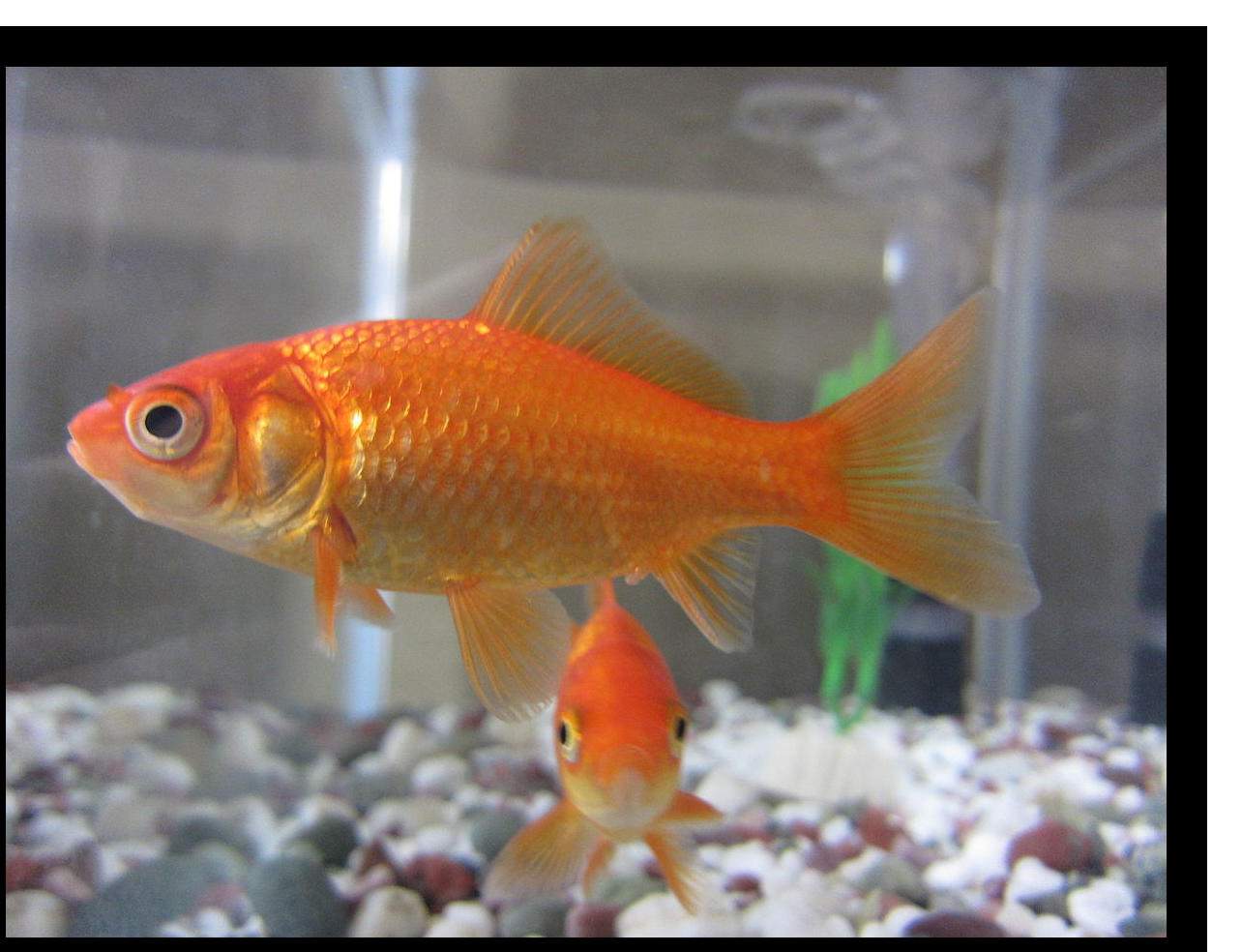 How do you take care of goldfish in a tank?

The RSPCA have advised that goldfish housing needs to meet their behavioural and physiological needs, as unfortunately many goldfish do not reach their lifespan potential due to a lack of... 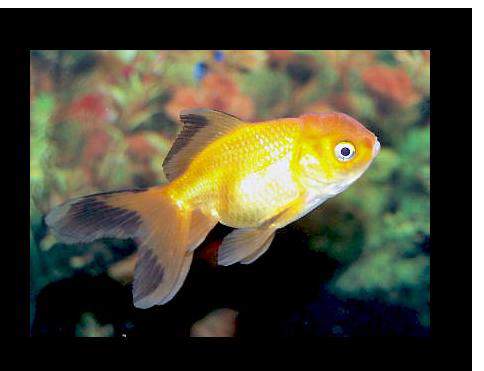 Legend is about aquarium goldfish. Interesting information you need to know about fish. Goldfish maintains the first place during the popular fishes of the aquarium world. Japanese goldfish, whose real...

Can dogs eat cheese? Is cheese bad for dogs?

Can my dog eat mango? Is mango safe for dogs?