Cat breeds are domesticated animals that have been the closest friends of humans for many years. When you come home, you can try breeding cats or furry cats in your house to have a little friend to meet you. In addition, it is important for families with children to feed animals at home. Those who want to feed cats at home, cat pictures we have compiled with the list of the sweetest and most beautiful cat breeds can learn briefly about cat breeds. They are the most beautiful domestic cat species in the world. For example ; The Australian Mist Cat Breed is one of them, and it’s not that hard to look at this kind of cat.  Which is the most beautiful cat breeds? Come on for learning with us..

The Australian Mist cat breed was developed in Australia. Back in 1976, Truda Straede developed the breed in Australia, which is why it was given the name it was. It was developed as a cross between the Abyssinian and Burmese, as well as domestic short haired cats to come up with a short haired cat that has a spotted coat. Its name was originally Spotted Mist, but in 1998, it was changed to that of Australian Mist when cats that had marbled coats, rather than just spots, were accepted with this breed. 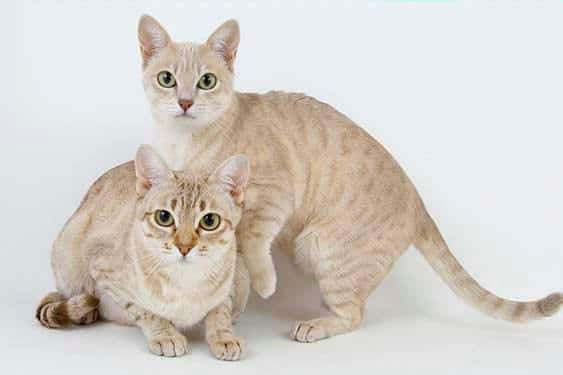 The Australian Mist cat breed is quite tolerant, so you don’t normally have to worry about them scratching. Even though the kittens are quite spunky, they tend to calm down as they age. They are expected to live anywhere from 15-19 years. They thrive on human contact, so they are content remaining indoors, which works out great for those who are searching for an indoor pet. You can even train some of them to go on a walk outside using a leash.

The American Curl cat breed originally hailed from Lakewood, California due to spontaneous mutation. In June of 1981, the Ruga family took in a couple of stray kittens. They were both long haired, one was all black and the other was a black and white mix. The family decided to call them Panda and Shula smith. Panda ended up disappearing several weeks later, which ended up making Shula smith the main female foundation for the breed. 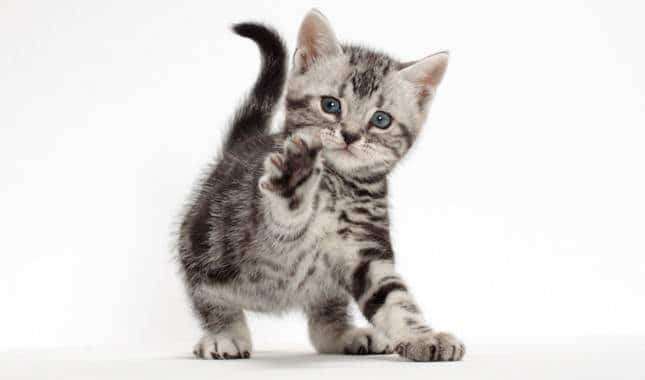 The American Curl cat breed was first shown at a cat show back in 1983 for the first time. In 1987, the long haired breed was given championship status through TICA (The International Cat Association). By the time 1993 hit, the breed was the first ever admitted into the Cat Fanciers’ Association Championship Class in both the short hair and longhair divisions. Their rich and unusual history make them a top choice for those looking for an unusual cat breed that will be around for years to come.

The American Bobtail cat breed looks like that of a feral cat, but they have the tempers of domestic cats. They are loving, kind and exceptionally smart. You can easily train them to be on a leash, as well as being adaptable to just about any situation. They get along well with almost all dog breeds. If you have children, they get along great with them, and they are well-behaved. American Bobtail cat breeds love playing games and can easily be active for hours on end. 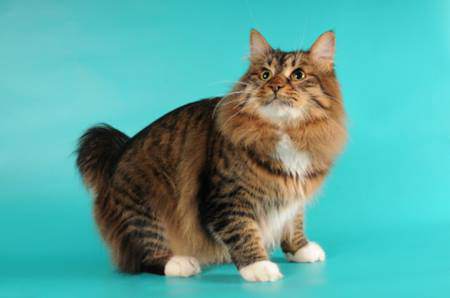 Even though they are a quiet breed, they will chirp when happy. In terms of maturity, they tend to grow slower than some of the other breeds. It isn’t until they are a little over three years of age that they reach full maturity. Since they have some dog-like personalities, they will often greet their owners upon returning home and enjoy playing fetch. Don’t let their personality fool you as they are great escape artists and can be difficult to keep up with.

The Aegean cat breed is a semi-long haired breed boasting a moderate ruff, no down hair and a rich tail. Their coats provide them with exceptional protection during the cool winter months. During the summer, the coat will shed out to leave them with a short coat to keep them cool in the warmer months. Normally, their coats are either tricolor or bi-color. One of the main colors is always a white, with no sign of yellowing. It composes one-third to two-thirds of the entire body. Common other colors include black, blue, cream or red without or with stripes. 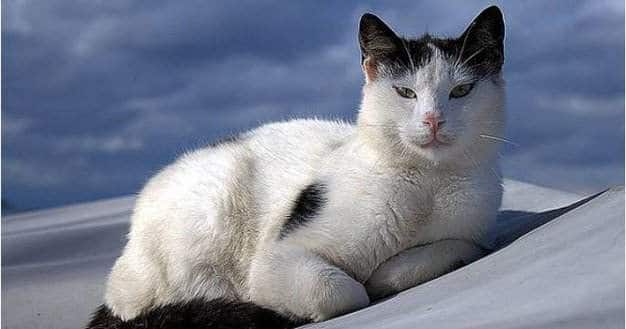 The Aegean cat breed is a medium-sized cat with a muscular and sturdy build, without having to worry about obesity. Their body is long, with medium-sized, strong feet and rounded paws. Tails are moderate length, straight and without any kinks in it. They have medium-sized heads that are wide, not round. Their oriental shaped eyes are often various shades of green.

Abyssinians are a unique breed of cat that originated in Ethiopia or Egypt. They have since become one of the most popular short-hair breeds in the world.

Abyssinians are known for their distinctive “ticked” coat coloring. Each individual hair has a base color with several stripes of a darker color along the length. The hair is overall lighter at the root and darker at the tip, giving the coat its “ticked” pattern. Though the marking patterns remain a standard of the breed, the base colors range from Sorrel to Chocolate, Lilac, and even Blue. The fur is dense, of medium-short length, and very soft.

The Abyssinian cat has large, alert ears and a broad, wedge-shaped head. Their legs are long and elegant, their paws small for their size. They generally have an M-shaped pattern above their eyes, which is often called their “frown line.”

In temperament, the Abyssinian is gregarious, active, and intelligent. They don’t usually have much patience in laps, preferring to explore or pounce. Some can be shy around strangers, but in general they are friendly and social. They need a lot of attention, though, or they can become bored or depressed.

Overall, “Abys” are a wonderful breed for any cat fancier who is willing to give them the time and love they deserve.

If you are looking for a cat that is energetic, playful and intelligent, you want to check out the extroverted Abyssinian cat breed. This inquisitive breed isn’t considered a lap cat because they are much happier wandering around and exploring everything around them. Their habitats are things of wonder and inquisition, so they are always searching for something in the area they call home.

Cat lovers and cat breeders often breed these cats for others. Since they are shy around strangers and when out in public, they often aren’t shown in the circuit as it is too much for them to handle.
If you are worried about any loud meowing, that won’t be the case with the Abyssinian cat breed. Their low, quiet meow makes them a delight to many homeowners. They need attention from their family to avoid entering a state of depression. If you have other cats in the home, this breed tends to get along with them well, but the females do need time alone to avoid becoming cranky. They use their exceptional intelligence to catch and hunt their prey.

What Is A Chinchilla Cat Breed

You may have heard of chinchillas—cute rodents that are native to South America—but have you heard of the Chinchilla cat breed? These cats aren’t actually related to the South American chinchillas. They are a long haired breed, and a type of Persian cat. They are named after chinchillas because they both share two-toned fur.

Chinchilla cats are very even-tempered, and known for their elegant silky coat. They have very round faces, and large eyes. These cats are usually white, with black or silver tipping. While these cats are very quiet and mild-mannered, they may not be the best cats to have if you have young children who aren’t gentle with pets.But these cats are wonderful for many families, and are great because they adapt well to large and small living spaces. Since these cats have such long hair, they should be groomed every day for at least 10 minutes.

Chinchilla cats are also prone to runny eyes, so you’ll need to wipe the tear ducts for debris. While these cats require some maintenance and have some health issues, they are affectionate companions and make wonderful pets.